On Friday morning, 532 thousand infections were recorded in the world, 24 thousand deaths due to coronavirus and 124 thousand officially ill with them. Over the past day, the United States climbed to first place in terms of the number of infections. Italy and Spain are among the countries where every day the infection kills a huge number of people. Yesterday it was 700 people each. We continue to keep an online chronicle of international anti-virus news.

The situation of our neighbors:

Hold on a meter, or fine

In Singapore, local authorities are tightening social separation rules for their citizens. Now people who do not keep a distance of one meter from each other in public places will be punished with a fine of about $ 7,000. Or imprisonment for up to six months.

Argentina already had restrictions on air travel. Now, for foreigners, the land and sea borders of the country will be closed. The ban takes effect at midnight. Argentine citizens will be able to cross the border to return home.

In Tokyo, the jump in infections

In the capital of Japan recorded the largest jump in infection statistics – 47 new cases. The mayor asked residents to stay home this weekend. He also asked people to work from home on weekdays and refrain from attending and organizing large meetings until April 12th.

In Japan, 1387 infections, 47 deaths are currently registered, 359 people have already been discharged from hospitals. 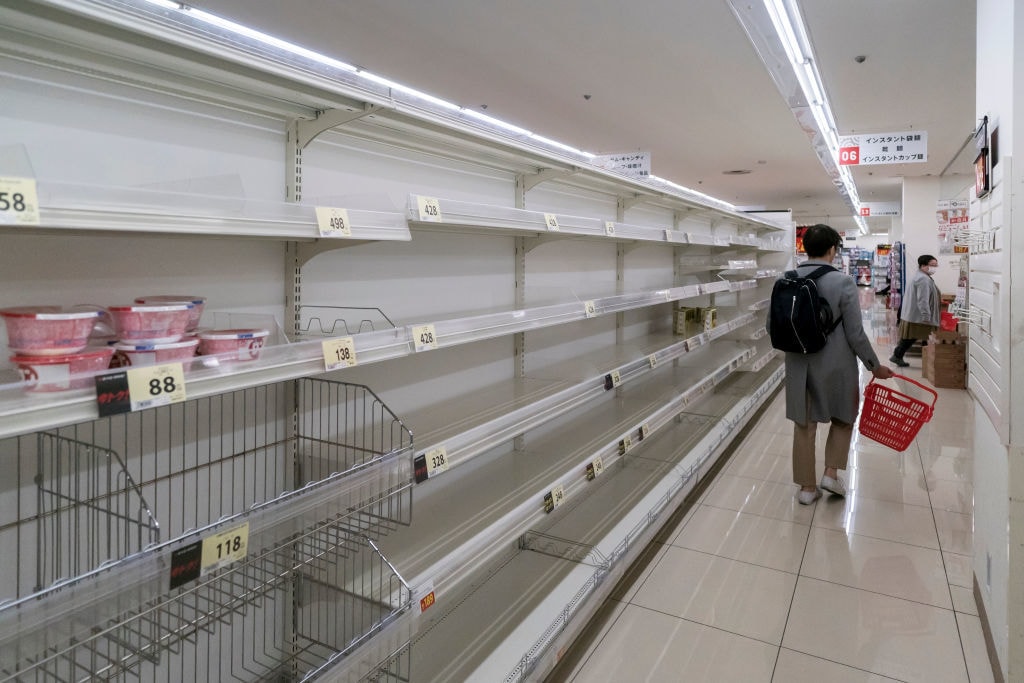 Fashion designer Ralph Lauren will donate $ 10 million to help victims of the coronavirus. His fund will direct funds to staff who face difficulties in connection with the pandemic. Lorena will also assist in the production of medical masks and gowns.

The main wave of the epidemic in China is over. However, the country continues to record new infections. True, most of them are imported. At one point yesterday, of the official 55 new cases, only one was original Chinese. All the rest are imported.

The first death due to coronavirus infection was recorded in Nicaragua. The patient had a whole set of third-party diseases – diabetes, hypertension and HIV. Including the deceased, two cases of coronavirus were recorded in the country.

Risk of collapse of the Schengen area

French President Emmanuel Macron warned his colleagues from Europe that a pandemic could destroy the foundations of the European Union if countries did not show solidarity and coordinate their actions during the crisis.