Vice President Yemi Osinbajo is currently in self-quarantine amid the spread of the new coronavirus in the country, according to his spokesman Laolu Akande.

In a tweet on Tuesday, Akande said the Vice President has been “conducting his meetings via video conferencing while observing social distance.”

VP Osinbajo yesterday at the office conducted his meetings via video conferencing, while observing social distancing. Today, he continues his work from the home office, as he is in self-isolation in accordance with NCDC protocols. Photo: Tolani Alli 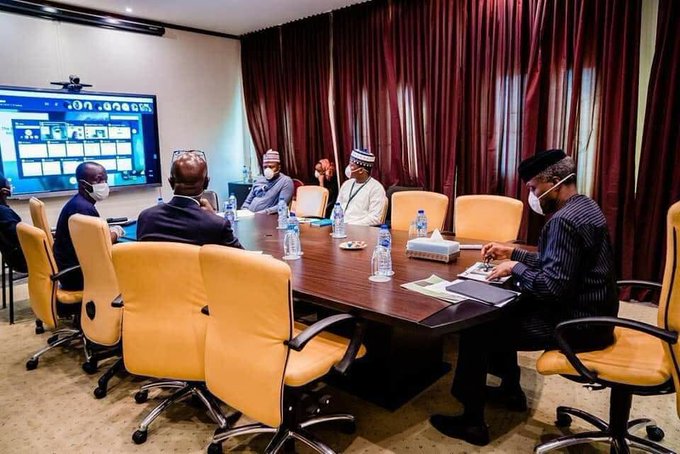 Mr Akande’s tweet comes after it emerged that the Chief of Staff to the President, Mr Abba Kyari, has tested positive for the coronavirus.

Mr Kyari is believed to have been infected during his recent trip to Germany where he met with officials of Siemens in Munich on Nigeria’s electricity expansion programme.

The Chief of Staff was said to have returned on March 14 and, apparently, did not show any symptoms of being infected with the virus at the time.

It is yet unclear whether Mr Osinbajo’s self-quarantine is related to news of Mr Kyari’s positive case.

The Ministry of Health and Nigeria Centre For Disease Control (NCDC), the two bodies at the forefront of the country’s response against the virus, have repeatedly advised Nigerians to self-quarantine, especially if they just returned from a foreign trip.

On Monday, NCDC chief, Chikwe Ihekweazu, said the nation’s major coronavirus threat comes from those coming in from outside its borders.

Earlier this month, Mr Osinbajo was forced to cancel his trip from Abuja to Lagos after his motorcade was involved in an accident that led to the death of one of his escorts.