I would like to finally write that the epidemic has begun to decline not only in China, but also in the rest of the world. Alas, while the pandemic is only gaining momentum: the number of confirmed infections is growing, as well as the number of deaths. As of the morning of March 19, almost 220 thousand infections were found all over the world, the death toll was close to 9 thousand. For the first time during the day, more than a thousand people died from the effects of coronavirus, with approximately half of the victims being Italians.

Earlier, Israel, as part of the fight against coronavirus, allowed foreigners to enter the country, although it imposed on them the obligation of self-isolation for two weeks. However, from today, the authorities decided to impose much more stringent restrictions – everyone who is not a citizen of this country is forbidden to enter Israel. Even if you have where to isolate for two weeks.

Note that in this case, Israel has relatively few cases of COVID-19 (less than 420), and no fatalities have been recorded at all.

Coronavirus pretty quickly gets to the most remote corners of the planet. There are fewer “clean” countries on the world map. The first case of COVID-19 in the country was announced by the Vice President of Nicaragua. The virus was detected in a 40-year-old man who returned from Panama last week.

It is amazing how people are able to create problems for themselves from practically nothing. In less than a week, almost all of the frightened Europe was isolated. The most important sectors of the economy are stratified. The automobile industry stopped, the air transportation stopped, hundreds of thousands of shops and restaurants closed, the tourism business is on the verge of a catastrophe, stock markets are collapsing. Even the most daring economists are afraid to calculate the damage from the emotional and psychological reactions of people to coronavirus.

Against this background, the European Central Bank announced its intention to buy back the assets of private and state owners for 750 billion euros, or almost a trillion dollars. It is believed that this step should convince investors and companies that the economy has not yet collapsed, and somehow we will survive this crisis.

Portugal declared a state of emergency

At midnight in Portugal, a state of emergency entered into force, which will last 15 days. The government called the COVID-19 pandemic “a real war” and a challenge both to the country’s economy and to the general way of life of citizens.

In Portugal, 642 coronavirus cases have been confirmed, two people have died.

Yesterday, French police issued more than four thousand fines for non-compliance with citizens’ self-isolation regime. With 70 thousand citizens held preventive conversations. The government emphasized that the goal of all these measures is not punishment and fines, but the protection of the French. 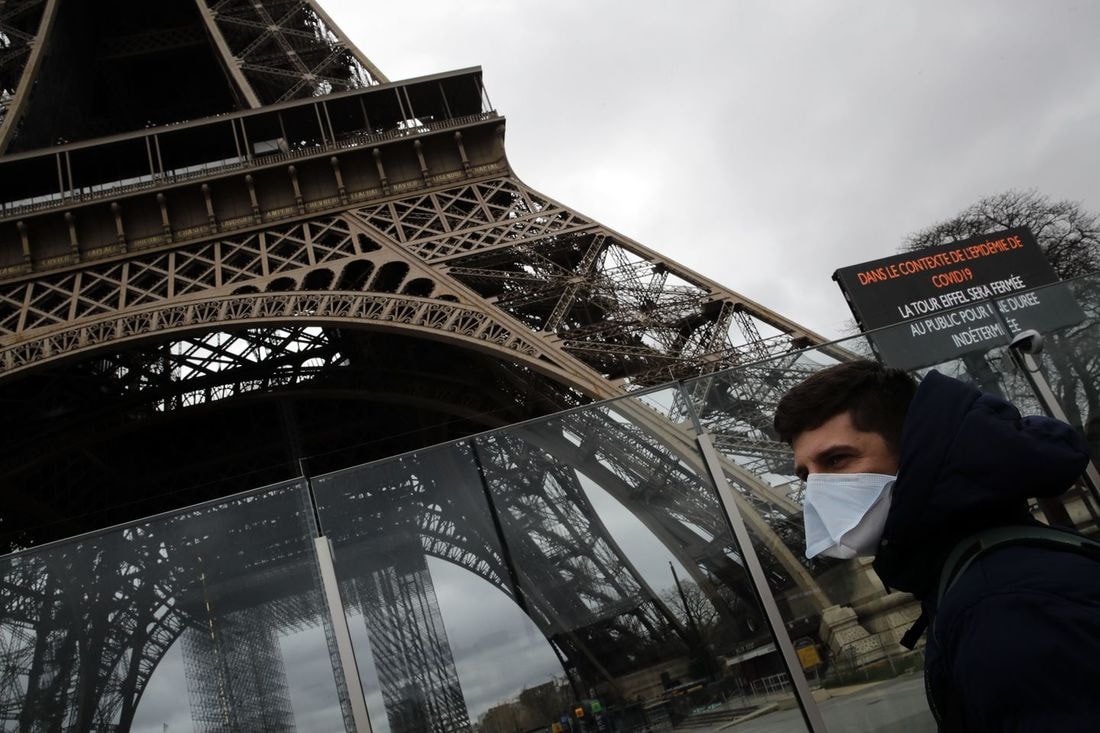 French citizens must have a written document with them, which indicates the reasons for their movement and purpose. Everything is only in paper form, no phones, because “we are not talking about making life easier for the French who want to go out.”

Airlines almost do not fly

Ryanair said that by March 24, the company will cancel almost all flights – stable flights will remain only between the UK and Ireland. Also, the airline noted that they are ready to assist in the movement of people in emergency situations.

In total, more than 12 thousand flights were canceled on March 18 worldwide.

In this country, the most unfavorable epidemiological situation remains. Mortality approaches 10% of the number of detected cases of COVID-19. The average age of the dead is 80 years, of which 70% are men. Typically, such people have concomitant diseases – hypertension, diabetes mellitus, heart problems.

According to a report by the Italian government, on average, a person dies from COVID-19 within eight days after the first signs of the disease appear.