A massive replica of Godzilla will open next summer at an anime theme park in western Japan. The ride is expected to be complete next summer, which is a little after Godzilla vs. Kong roars into theaters. The highly anticipated sequel opens early next year and should give Japanese fans something to tide them over while they wait for the new ride to open. However, this version of Godzilla is going to be a little different from the current Hollywood franchise.

Nijigen no Mori is the anime theme park located on Awaji Island. They are currently in the middle of constructing the life-size version of Godzilla for the ride. The ride is called Godzilla Interception Operation Awaji and it is based on the title character from Shin Godzilla. Chief Godzilla Officer Keiji Ota says the attraction “will have huge presence and tremendous impact.” Parkgoers are going to be entering the giant beast through his mouth and there will be several different missions to complete once inside.

The goal of the Godzilla ride is to keep the creature from escaping the bay. While inside, one of the missions involves destroying Godzilla‘s cells. According to Keiji Ota, the attraction will be the first “permanent full-scale version of the monster,” which will be about 20 meters high, 25 meters wide and 55 meters long. Other attractions at the theme park feature popular Japanese anime series such as Crayon Shin-chan and Naruto ninja. But, it looks like the Godzilla ride is going to be the main attraction when it arrives in summer 2020.

As for the Naruto ride, that opened this past spring. It allows parkgoers to experience the world of Naruto. Participants have to overcome a “string or trials and clear a range of activities in order to collect the missing seals, which are seen in the series that are used for Sealing Jutsu.” There’s also the Boruto: Naruto Next Generations ride. Parkgoers get involved with courses at the Ninja Academy that Boruto graduated from. “They must use their mind and body to escape the maze,” according to the description. However, with Godzilla on the way, these new parts of the Nijigen no Mori theme park might be empty.

Shin Godzilla is a 2016 Japanese kaiju movie directed by Hideaki Anno and Shinji Higuchi, with a screenplay by Anno and special effects by Higuchi. The movie won numerous Japanese Academy awards in 2016, including Picture of the Year. In addition, it is also the highest-grossing Japanese Godzilla movie, which is a pretty impressive feat. For now, visitors should start planning ahead accordingly. There is not yet an opening date, but that should be announced shortly. Maybe a visit to the Godzilla hotel would be a nice place to stay when trying to get over to the new ride. The Godzilla ride news was first reported by Kyodo News. 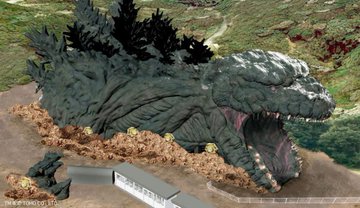 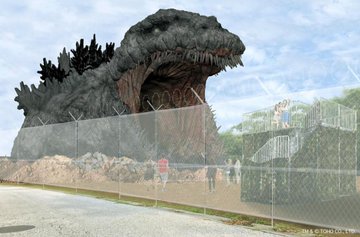 I introduce myself as JOSEPH OLADOKUN, international blogger on NiceNews.com.ng is a digital online Technology posting updating. We specializes in the following news categories: News, Sports, Entertainments, Business, Fashion, Politics, Education, Agriculture, Lifestyle, Health, Technology we can help you promote your offline/online business, start- up, event, website/blog etc to our targeted blog readers and you will get a good value for your money. This is my Contact: nicenews0@gmail.com Joseph Oladokun Blogger (nicenews.com.ng) +234 808 874 8634