Traveling in the vast Xinjiang Uygur Autonomous Region by train has become a popular choice for domestic visitors, helping a region that was once restricted by poor transportation embrace a boom in tourism.

First launched on July 1, 2013, the so-called “tourism trains” have expanded their routes and offer better services. These routes now cover main attractions such as Kanas, Turpan and Kashgar, and the trains are now equipped with bathrooms, gyms, catering services and entertainment rooms, helping to ensure a good traveling experience.

So far, 19 provincial regions in other parts of the country have tourism trains that travel to Xinjiang, according to Lin Wen, deputy director of the tourism department of the Xinjiang Railway Tourism Development Co.

He said about 121 domestic tourism trains were in operation so far. That number will climb to 200 by the end of this year.

“Attractions are scattered throughout the region, which means it takes a rather long time to travel from one to another and creates more travel costs,” he said. “It usually took dozens of days to visit all the famous scenic spots in Xinjiang before the tourism trains opened.” 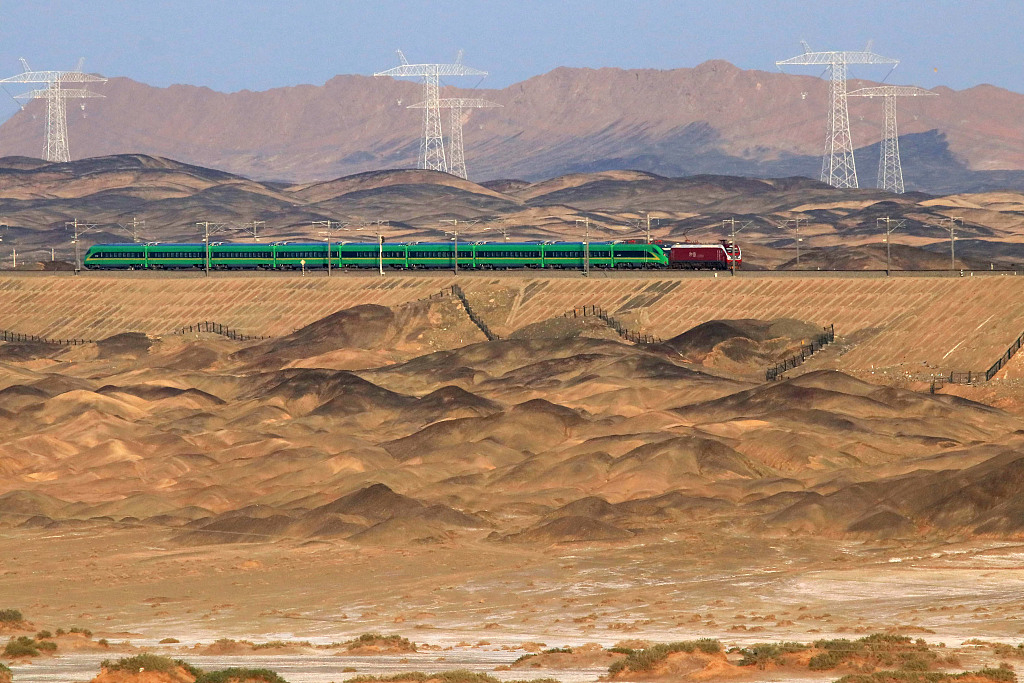 Huang Tingfen, the company’s deputy general manager, said that they are making efforts to connect tourism trains with attractions in neighboring provinces – for example, Dunhuang in Gansu Province, which is famous for its wall paintings – and, in the future, to connect countries and regions in Central Asia.

Yang Yulan, a 65-year-old from Urumqi, said that she enjoys traveling the region by trains.

“I took the tourism train together with my son and husband in July, and it’s quite convenient and relaxing,” she said.

She said that they could take time appreciating every single attraction along the train lines while getting a good rest at night on the train.

“We don’t need to carry any luggage or worry about missing vehicles like the group tour we used to join. Taking the tourism train is a good choice for us senior travelers,” she said.