The U.S. Justice Department unveiled a warrant Friday for the seizure of the Iranian oil supertanker Grace 1, one day after a Gibraltar judge allowed the release of the detained vessel.

The United States called for the seizure of the ship, which was still anchored in the British Mediterranean territory on Friday, for “a scheme to unlawfully access the U.S. financial system to support illicit shipments to Syria from Iran by the Islamic Revolutionary Guard Corps (IRGC), a designated foreign terrorist organization,” the Justice department said.

The warrant says the vessel, all the oil aboard and 995,000 U.S. dollars are subject to forfeiture based on violations of the International Emergency Economic Powers Act (IEEPA), and bank fraud, money laundering, and terrorism forfeiture statutes.

Earlier Friday Iranian officials said the tanker was preparing to set sail after a Gibraltar judge ordered its release, six weeks after it was detained in apparent retaliation for Iran’s seizure of a British-flagged tanker in the Gulf. 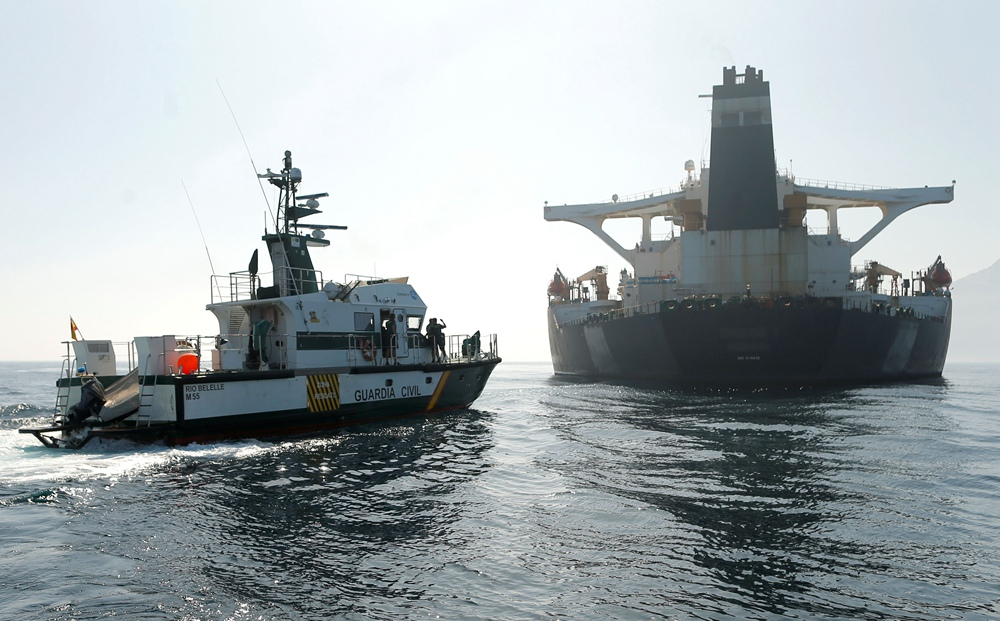 A Spanish Civil Guard ship sails next to Iranian oil tanker Grace 1 as it sits anchored in the Strait of Gibraltar, August 16, 2019. /Reuters Photo

The Grace 1 was to be renamed and switch to the Iranian flag for its onward journey, the deputy head of Iran’s Ports and Maritime Organization, Jalil Eslami, told Iranian state television Friday. The ship was awaiting the arrival of a new crew before it would leave Gibraltar.

The Iranian tanker caught in the standoff between Tehran and the West shifted position on Friday, but its anchor was still down off Gibraltar and it was unclear if it was ready to set sail soon.

The Grace 1 was seized by British Royal Marines at the western mouth of the Mediterranean on July 4 on suspicion of violating European Union sanctions by taking oil to Syria.

Gibraltar lifted the detention order on Thursday but the vessel’s fate was further complicated by the United States, which made a last-ditch legal appeal to hold it. 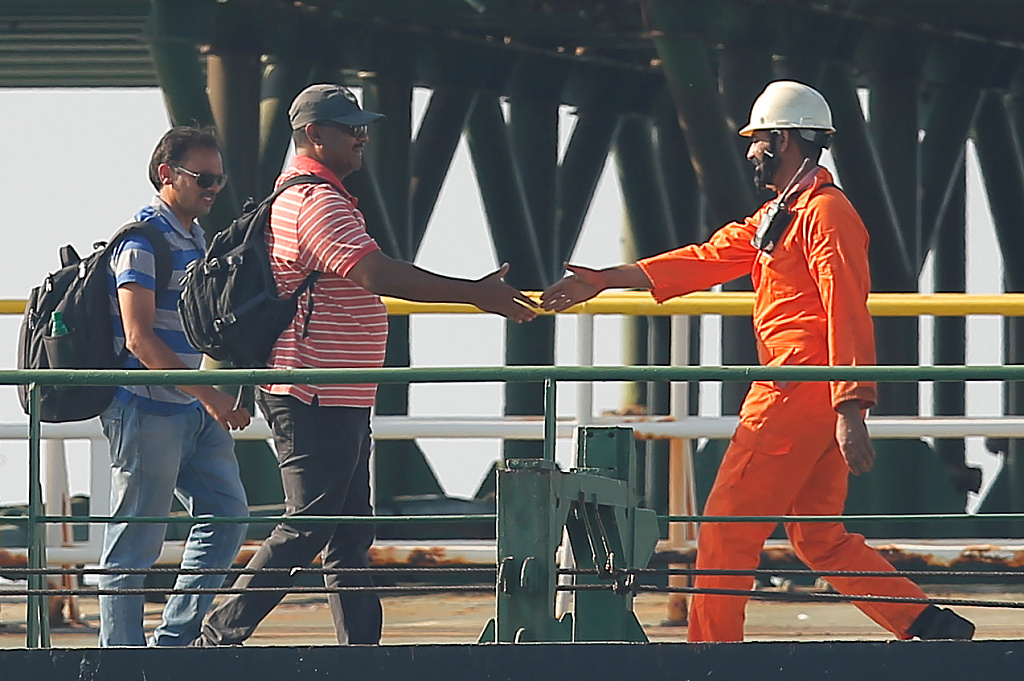 Two men are welcomed by a crew member after embarking Iranian oil tanker Grace 1 as it sits anchored in the Strait of Gibraltar, August 15, 2019. /VCG Photo

The vessel had appeared to be moving and more smoke could be seen coming from the funnel than in recent days. However, it was not clear that the ship was actually leaving, and it still appeared to be at anchor.

Gibraltar’s chief minister, Fabian Picardo, said earlier that the tanker was free to leave as soon as it had organized its logistics.

The U.S. State Department did not immediately respond to a request for comment on how the warrant to seize the tanker may be enforced. The Pentagon declined to comment.

Asked earlier about Washington’s position, Picardo said that would be subject to the jurisdiction of Gibraltar’s Supreme Court. “It could go back to the court absolutely.”