For most of his life as a Samburu warrior, Lesaiton Lengoloni thought nothing of hunting giraffes, the graceful giants so common a feature of the Kenyan plains where he roamed.

“There was no particular pride in killing a giraffe, not like a lion… (But) a single giraffe could feed the village for more than a week,” the community elder told AFP, leaning on a walking stick and gazing out to the broad plateau of Laikipia.

But fewer amble across his path these days: In Kenya, as across Africa, populations of the world’s tallest mammals are quietly, yet sharply, in decline.

Giraffe numbers across the continent fell 40 percent between 1985 and 2015, to just under 100,000 animals, according to the best figures available to the International Union for Conservation of Nature (IUCN).

But unlike the clarion calls sounded over the catastrophic collapse of elephant, lion and rhino populations, less attention was paid to the giraffe’s private crisis.

“The giraffe is a big animal, and you can see it pretty easily in parks and reserves. This may have created a false impression that the species was doing well,” said Julian Fennessy, co-chair of the IUCN’s specialist group for giraffes and okapis.

The rate of decline is much higher in central and eastern regions, with poaching, habitat destruction and conflict the main drivers blamed for thinning herds of these gentle creatures.

In Kenya, Somalia and Ethiopia, reticulated giraffe numbers fell 60 percent in the roughly three decades to 2018, the IUCN says. The Nubian giraffe meanwhile has suffered a tragic decline of 97 percent, pushing this rarer variety toward total extinction.

Further afield in Central Africa, the Kordofan giraffe, another of the multitude subspecies, has witnessed an 85 percent decrease.

In 2010, giraffes were a species of “least concern” on the IUCN red list. But six years later they leapt to “vulnerable,” one step down from critical, catching many by surprise.

“This is why for the giraffe we speak of the threat of a silent extinction,” said Jenna Stacy-Dawes, research coordinator at the San Diego Zoo Institute for Conservation Research. 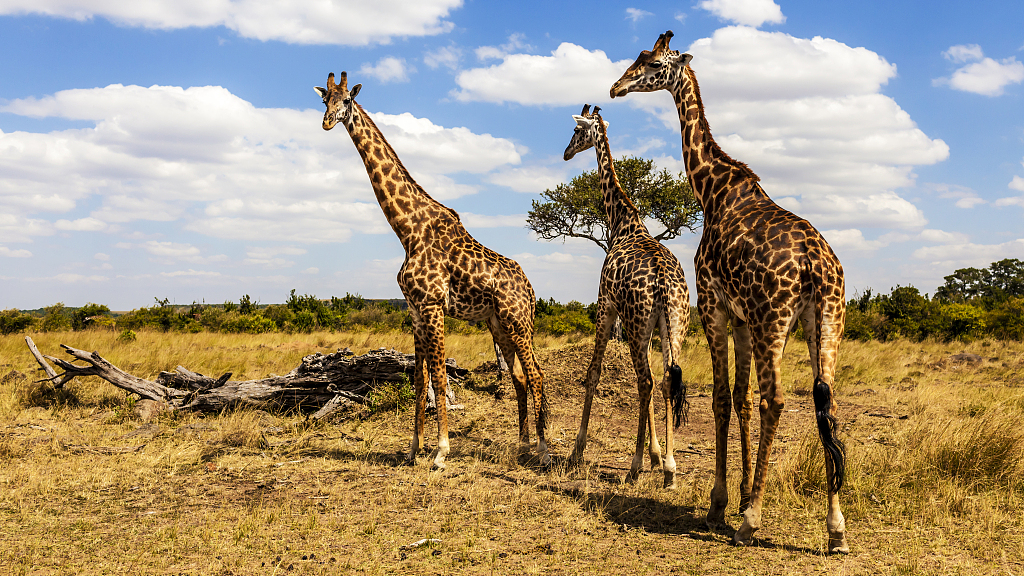 Giraffes in the field. /VCG Photo

Despite this, an international effort under way to put giraffes squarely on the global conservation agenda has divided professional opinion.

Six African nations are pushing to regulate the international trade in giraffes under the UN Convention on Trade in Endangered Species (CITES), which meets from August 17 to 28 in Geneva.

Those advocating for the change, including Kenya, want the giraffe classified as “a species that, although not necessarily currently threatened with extinction, could become so if trade in their specimens were not closely controlled.”

Critics however say there is little evidence the international wildlife trade is responsible for dwindling giraffe numbers. A lack of reliable data has long hindered efforts to protect them.

“Compared to other charismatic species like elephants, lions and rhinos, we know very little about giraffes,” said Symon Masiaine, a coordinator in the Twiga Walinzi giraffe study and protection program, which began in Kenya in 2016.

“Nowadays, we are still far behind, but we are making progress.”

Almost nothing is reliably known about giraffe populations in Somalia, South Sudan and eastern parts of Democratic Republic of Congo, where collecting such information is perilously difficult.

But even research outside conflict zones has been patchy.

Arthur Muneza, from the Giraffe Preservation Foundation, said the first long-term study of giraffes was not carried out until 2004. Data on giraffes is often gathered as an afterthought by researchers focusing on other wildlife, he added.

It was not until 2018 that the IUCN had enough statistics to be able to differentiate the threat levels facing many giraffe subspecies.

The reticulated and Masai giraffes, for examples, were classified as “endangered” while the Nubian and Kordofan were “critically endangered.” 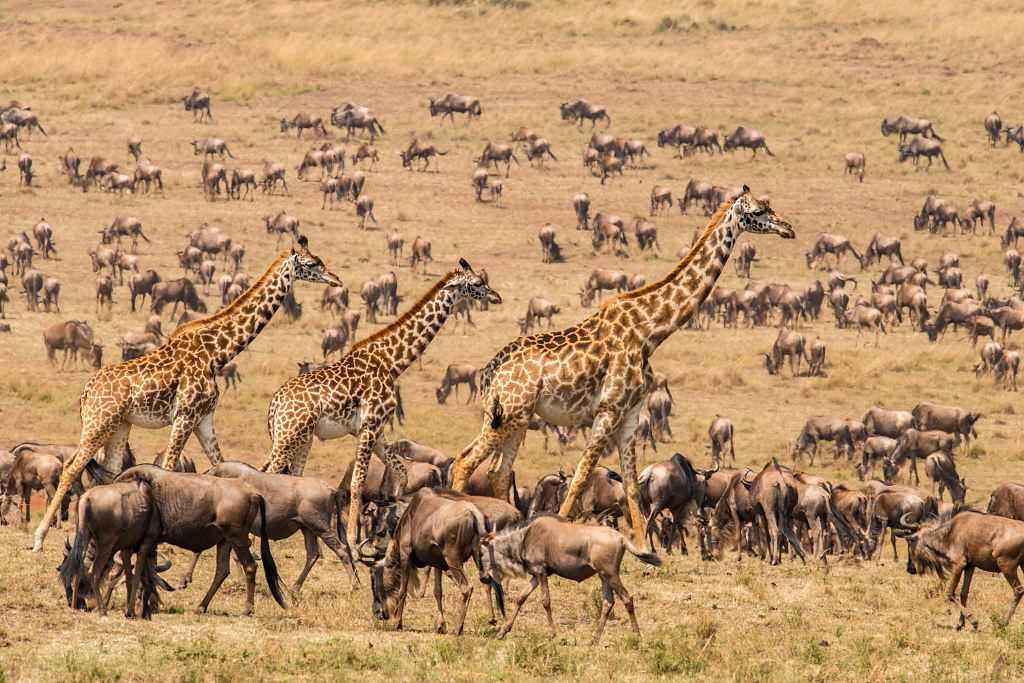 Under the proposal before CITES, the legal trade in giraffe parts, including those obtained by trophy hunters on Africa’s legal game reserves, would be globally regulated.

But observers say the limited information available suggests most of this trade originates from places where giraffe numbers are actually rebounding, like South Africa and Namibia, where game hunting is legal.

Muneza says there isn’t a clear enough picture that the legal trade is linked to declining giraffe numbers.

“The first step should be to conduct a study to find out the extent of international trade and its influence on giraffe populations,” he said.

Those supporting the proposal before Geneva talk of a “precautionary principle” – doing something now before it is too late.

For Masiaine, the Kenyan giraffe researcher, any publicity is good publicity for these poorly-understood long-necked herbivores.

“It means that people are talking about the giraffe,” he said. “And the species really needs that.”

(If you want to contribute and have specific expertise, please contact us at nature@cgtn.com)